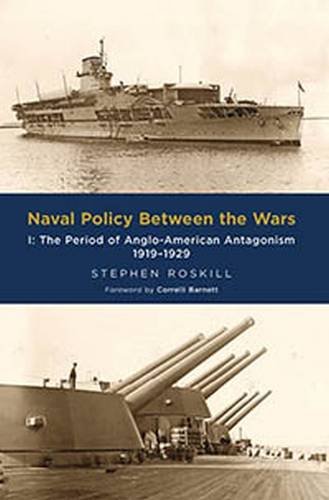 Reseña del editor First published in 1968 and 1976, the two volumes of this work still constitute the only authoritative study of the broad geo-political, economic and strategic factors behind the inter-war development of the Royal Navy and, to a great extent, that of its principal rival, the United States Navy. Roskill conceived the work as a peacetime equivalent of the official naval histories, filling the gap between the First World War volumes and his own study of the Navy in the Second. As such it is marked by the extensive use of British and American sources, from which Roskill extracted shrewd and balanced conclusions that have stood the test of time. The main themes of the first volume are: the after-effects of the Armistice; the struggle to prevent a renewed naval arms race, despite the challenge from the USA and Japan, which culminated in the Washington Naval Treaty; and the broader attempts at peace-keeping through diplomacy and the fragile vehicle of the League of Nations. On a technical level, the primacy of big-gun battleships was increasingly challenged by air power, and the Navy fought an internal battle with the Air Force to obtain sufficient aviation assets for the fleet.Although the 1920s is largely ignored in naval history, this volume demonstrates that the period is key to understanding the development of the Navy that fought the Second World War. Biografía del autor Captain Stephen Roskill, RN was a naval officer turned historian who was commissioned to write the British official naval history of the Second World War. He went on to produce many other important works, including a biography of Beatty and a study of Churchill and his admirals.